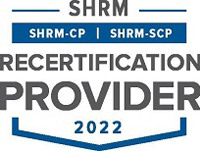 Workplace drama sucks the productivity out of a team or organization. It also creates an inhospitable environment where healthy people don't want to work so they leave. Good, productive people leave the organization.

In fact, the best people, the highest performers, the self-directed, the most creative, those that need little oversight, are most likely to leave. Why?

So much time and effort is required to navigate through all the drama. High performers just want to get the job done, but the drama is a barrier. Managers and leaders spend way to much time trying to tamp it down, or worse, let it continue to happen, but find work-arounds.

This webinar is designed for anyone who works where there is drama.